Welcome to the first 2014 LOST Poll! Put on your virtual lei and get ready. But don't worry - unlike our friends in the DHARMA Initiative, we will not judge you based upon your answers. 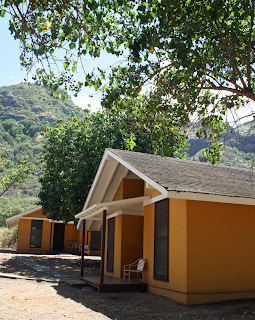 We know it’s early to be asking, but we’d love to get a general idea of how many people seriously think that they will be able to attend this event in September of 2014 on Oahu. In addition, there are a lot of activity options on the Island for this large gathering, so we are wondering which ones you are interested in and would potentially be willing to pay for.  NOTHING is set in (cave) stone right now. We are simply in the inquiry phase for you all everybody.

PLEASE take the 2 polls on the right side of this blog. --->

* UPDATE: the polls are now closed but we'd still love your feedback! Please leave us a comment below if you are so inclined. :)

Again, we are in the very early stages of planning. To be frank, we are not actually in charge of this adventure - we are simply your messengers for now. But things are moving forward, and we hope you’re planning to be a part of it! Stay tuned for details about the official dates and possible travel and tour options.

Hey guys, so awesome you are planning this. I hope it will push through. The fact that it is still a long time from now will at least give people lots of time to prepare for this. Would be great if the cast can go too, maybe we can find ways to contact them somehow for them to make like an appearance.

I agree, inviting the cast, producers etc. is essential, otherwise I'd probably not spend the money for it. At least some of them should be there. Your ideas sound great and it's great you already started planning the whole thing so we can all actually get there.

The island calls to me daily- it wants me to go back... I have to go back. But I don't know if I'm a candidate yet. Fingers crossed!

I would love love love the pilot screened on the beach.

I would come regardless of cast or crew involvement as logistically.....say Josh Holloway's schedule to line up the time of this event.
Unless of course Jacob is working with you guys...

Thanks guys,99% in, looking forward to following the developments.

It will be like a star trek convention at the beach instead of a Holiday Inn. Count me in

It would be great to come. I think that you should get emails from everyone who is a real candidate to come.
For me, would be great to watch the pilots at the beach and have similar sandwiches delivered by Hugo.
We should me some actors and actresses and visit the island. We could create a book of pictures and message and give it as a present to the creators. Well, lots of differernt ideas !!
Great idea and thank you for organizing this!
Berta

Any way we could stay in The Barracks/Otherville?

Hi everyone - To respond to many of your comments (and thank you for the feedback, by the way):

- Nothing is set in stone as of right now, so cast & crew have not been invited yet. Please keep in mind that most LOST alum who are currently employed (or will be by next Sept) on shows will be filming in various US & Canada locations in Sept of 2014. Also, someone would have to actually pay for their flights, lodging and meals. Given how many fans will be spending their well earned funds to come to HI for the occasion, it is not something anyone feels comfortable asking them to cover. Nor should they.

- Along the same lines, it is prohibitively expensive to rent the screen on the beach, because again - someone has to pay for that plus security, etc. This is a fan gathering, not a network sponsored event. Zero is being paid for. We are, however, looking into screening the Pilot at another venue in Waikiki & will keep you posted.

- We are unable to reserve Camp Erdman (the Barracks) for a group like this, because it is an active YMCA camp for kids!

We appreciate your input and will let you know when more information is available. Namaste!
-Jo

Do you think that you will be able to attend this LOST event in Sept 2014?

Which of the following Island activities would you be willing to pay for/participate in?